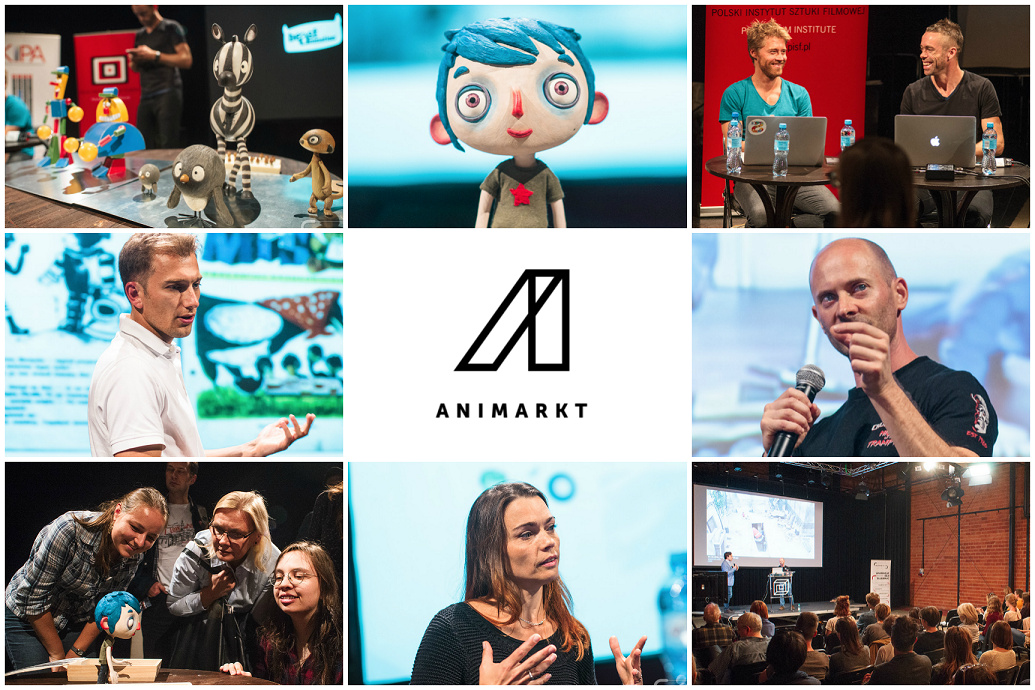 Lodz comes as a center for stop-motion this October. Co-production on animation market is the central theme of this year’s ANIMARKT (2-6 October), the event directed to students and professionals connected with animation business.

Aim of the event:

Well-experienced practitioners could share their knowledge with those that just take their first steps in animation world,  says Agnieszka Kowalewska-Skowron (MOMAKIN), event co-organizer.

To achieve the goal, ANIMARKT is divided into three sections: ANIMARKT TALKS – including a discussion panel and case study presentations, ANIMARKT MASTERS – meetings and workshops with the experts, and ANIMARKT PITCHING – training sessions  and competition for short puppet animation.

Central theme: co-production in the animation market. During the discussion panel, the challenges and traps connected with co-production that  producers face will be discussed by: Vladimír Lhoták from Fresh Films, a producer of the Czech-French-German feature animated film Even Mice Belong in Heaven, and Katarzyna Gromadzka (MOMAKIN), the coordinator of the fine artists’ work connected with creating animation puppets for a feature film produced in Mexico.

Piotr Szczepanowicz –animation director/producer and Zofia Jaroszuk – production manager in Animoon will present the feature animation Moomins and the Winter Wonderland  (December 2017 premiere) as a case study of co-production. The film is as a co-production of FilmKompaniett Alpha (Finland) and Animoon (Poland).

Kim Keukeleire, animation director and an animator engaged in the production of My Life as a Courgette,  (also in Tim Burton's and Wes Anderson's films) in her speech will introduce the backstage of working in the animation business, co-operating with directors and even technical matters and things to avoid in puppet animation set.

Tim Allen – an animator engaged in the production of the Oscar-awarded Peter  and the Wolf (dir. Suzie Templeton) will give free personalized puppet animation workshops (7 participants).  In order  to enter for the workshop, one should fill in the application form and attach a link to video material that presents the effects of his/her work as an animator.

Short puppet animations and TV special episodes  at the development stage  (25' max, can participate in the Animarkt pitching  (submission deadline: 31 August,  view the awards). Participants will present their projects, and participate in two training sessions.

The script session with Wim Vanecker, a producer and a screenwriter, will be organized  in a form of individual meetings focused on a given participant’s projects.  Nancy Denney-Phelps, an animation historian and a journalist, will conduct a training session that will aim at improving  the participants’ skills connected with presenting projects.

Animarkt takes place in Lodz, Poland (2-6 Oct 2017). It is organized by  MOMAKIN (www.momakin.pl), and co-organized by Lodz Community Center (ŁDK)  and Audiovisual Technology Center from Wroclaw. It is funded by the International Visegrad Fund  and the Ministry of Culture and National Heritage.