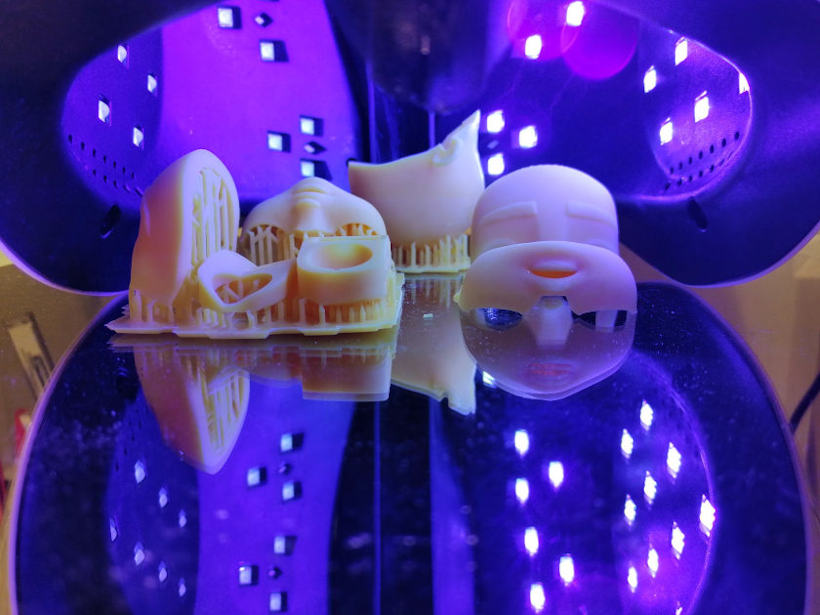 Film sets on hold and remote film production. New possibilities by dint of virtual cinema halls and relocation of animation events to the internet. During the pandemic, the world of animation is doing quite well; however, there are also a lot of questions about its future manner of organisation – summarise experts from MOMAKIN, which supports the creators of animated films in, either, the production, distribution, and promotion of projects.

Within the audiovisual industry, animated films seem to suffer the least from the epidemic. This is due to the specifics of its production system and, above all – in the vast majority – the lack of need to arrange film sets. Numerous CGI projects, including full-length American animated blockbusters such as "Sing 2", "Minions: Rise of Gru", or "Soul" from the Pixar studio have been adapted for remote work. At Warner Bros., shooting for the hybrid animation "Tom&Jerry" had been completed just before the lockdown, while the transition to the next stages of production required the development of a new workflow. – Switching the production of animated films to the remote mode, forced by the ongoing situation, will certainly broaden the prospects of gaining a contract by independent creators and smaller studios when it comes to working on large, international projects – says Katarzyna Gromadzka from MOMAKIN. – Thanks to developing methods of cooperation from afar, initiatives implemented in long-distance co-productions of various countries and regions can be gained – she emphasises.

After the live action shooting was suspended, the demand for animation increased in both advertising and - due to closed schools and kindergartens – in educational programmes for television and the internet. The industry's response was rapid. The Canadian studio Unlimited Media has doubled its team of animators, while Six Point Harness from Los Angeles has invested in software that allows eliminating differences in the image and sound synchronisation in the material produced remotely.

Aid-oriented activities of governments in individual countries are mostly support of individual filmmakers – in Great Britain through the British Film Institute, in Spain by the Instituto de la Cinematografía y de las Artes Audiovisuales, or in Poland – thanks to the Polish Film Institute, the Association of Polish Filmmakers and the National Chamber of Audiovisual Producers. One is also creating Facilitations for producers are also widely introduced to maintain ongoing production, e.g. by making cash flow more flexible through the possibility of earlier spending of money or allowing to host an online-based movie premiere, necessary for settlement purposes. The French CNC has also announced its co-funding to help adapt production to remote work. Not only, however, do many countries still suffer from the lack of comprehensive strategies to support audiovisual production but they also will have after the pandemic. Steps that e.g. Lithuania (68 million euros) or Canada (115.8 million Canadian dollars) have taken to rebuild the entire cultural sector are still far too infrequent and, above all, often taken too late.

In Poland, the operations realised by the Polish Film Institute in cooperation with the Ministry of Culture and National Heritage are widely extensive and provide viable support: from scholarships for filmmakers to legislative changes, and the “Return to the Cinema” campaign. However, one should be worried about the suspension of some regional funds, caused by budgetary problems of local governments which are heavily burdened by the ongoing pandemic situation.

The changes came down just when the season of animation events began to revive for good. Even in the first week of March 2020, though not without the company of sanitary restrictions, the Cartoon Movie took place. As many as almost 900 industry representatives from all over the world came to Bordeaux, despite the controversial call to Asian guests, asking them not to participate in the event. More and more large events, including MIPTV, New York Int'l Children's Film Festival, or SXSW Conference & Festivals, were being cancelled.

To take such a decision on cancelling, the organisers of one of the most important events, namely, the International Animated Films Festival in Annecy, delayed for a long time. Ultimately, they decided to move to the internet and just in a week (15-30/06) both the competition screenings and Mifa – the industry part of the festival – will start. This year's edition of the Premios Quirino awards (27/06) will also take place online.

– The online way of hosting events has its pros. First of all, it opens up the opportunity to participate in meetings at the other end of the world, without having to pay the costs of transport or accommodation – says Agnieszka Kowalewska-Skowron from MOMAKIN and adds at the same time: – It seems that it can re-organise industry events during which movie purchases are negotiated. The opportunity to reduce costs through hosting video conferences represents an obvious benefit.

The Stuttgart Trickfilm International Animated Film Festival was successfully transferred to the internet in its entirety and was the first animation event carried out in this way. Although the prices for accreditation were varied, the hours in the schedule were adjusted so people from different time zones had a chance to participate and the projections started punctually (which is often difficult to do in reality), experts wonder whether the same participants would visit the festival next year if it was held traditionally. It is said that smaller festivals will struggle to attract attention as their film offer is based on the repertoire of the largest class A events.

It is also difficult to predict what impact on the future of the film environment will have just ended, unprecedented the We Are One: A Global Film Festival. The event, which took place for 10 days for free on YouTube, was programmed in cooperation with the world's largest festivals (including Annecy, Berlin, Locarno, Cannes, Karlovy Vary, Rotterdam, Toronto).

The magic of cinema in suspension

Cinemas approached the pandemic differently than festivals. They tried to maintain a relationship with viewers mainly through social media channels, while only a few facilities decided to launch their repertoire for viewing at home (e.g., Kino pod Baranami in Cracow or Cinema Amondo in Warsaw). On May 21 The Cinema Studio Association came to the rescue by launching MOJEeKINO.pl platform, designated for studio and local cinemas. The website enabled them to return to functioning in the culture circulation, while viewers were given a chance to reach various film propositions that they could not see before closing the facilities. According to the organisers of the initiative, this solution, also after the pandemic, will become an extension of the operations of individual cinemas, as well as a way to prolong the presence of short-screen, niche titles in the repertoire.

The popularity of the car cinemas, launched in the last stage of the lockdown, demonstrated, however, that after having caught up thanks to VOD services, we started to miss the movie displayed on the big screen. – As far as going to cinema is concerned, the experience is unique – the comprehensive experience of the film in professional conditions – says Paulina Zacharek, who deals with distribution at MOMAKIN. – It is not just about the quality of the picture and sound – thanks to the pandemic, we have more appreciated the value of cinema as a cultural space. From 6/06, Saturday, one can go to Warsaw's Muranów, Luna and Wisła, cinemas of the Lower Silesian Film Centre, Łódź's Charlie, or Culture Centre 105 in Koszalin. Although, re-opening of further facilities are envisaged to be delayed (Cinema in Klub Żak in Gdańsk 10/06, Nowe Horyzonty Cinema in Wrocław 17/06) or as late as in July (Pionier Cinema 19/07), a large part of them is currently adapting to the new sanitary regime rules and so, like the 3 largest multiplexes, await distributors' decisions to launch new film titles on the Polish market.

MOMAKIN is a Polish company, which combines the world of animation filmmaking with international production, distribution and promotion. It supports animation projects at every stage of their development: from planning and financing through production to distribution. It runs a talent agency, and initiates and produces film projects in Poland and abroad based on a network of contacts that ensure effective distribution and promotion. It has an extensive distribution catalog for the cinema, TV and VOD. It is involved in education and professionalization of the film industry.
MOMAKIN is the organizer of the ANIMARKT Stop Motion Forum. Pitching, expert consultations and networking are designed to consolidate the industry as well as facilitate the establishment of international contacts and cooperation.