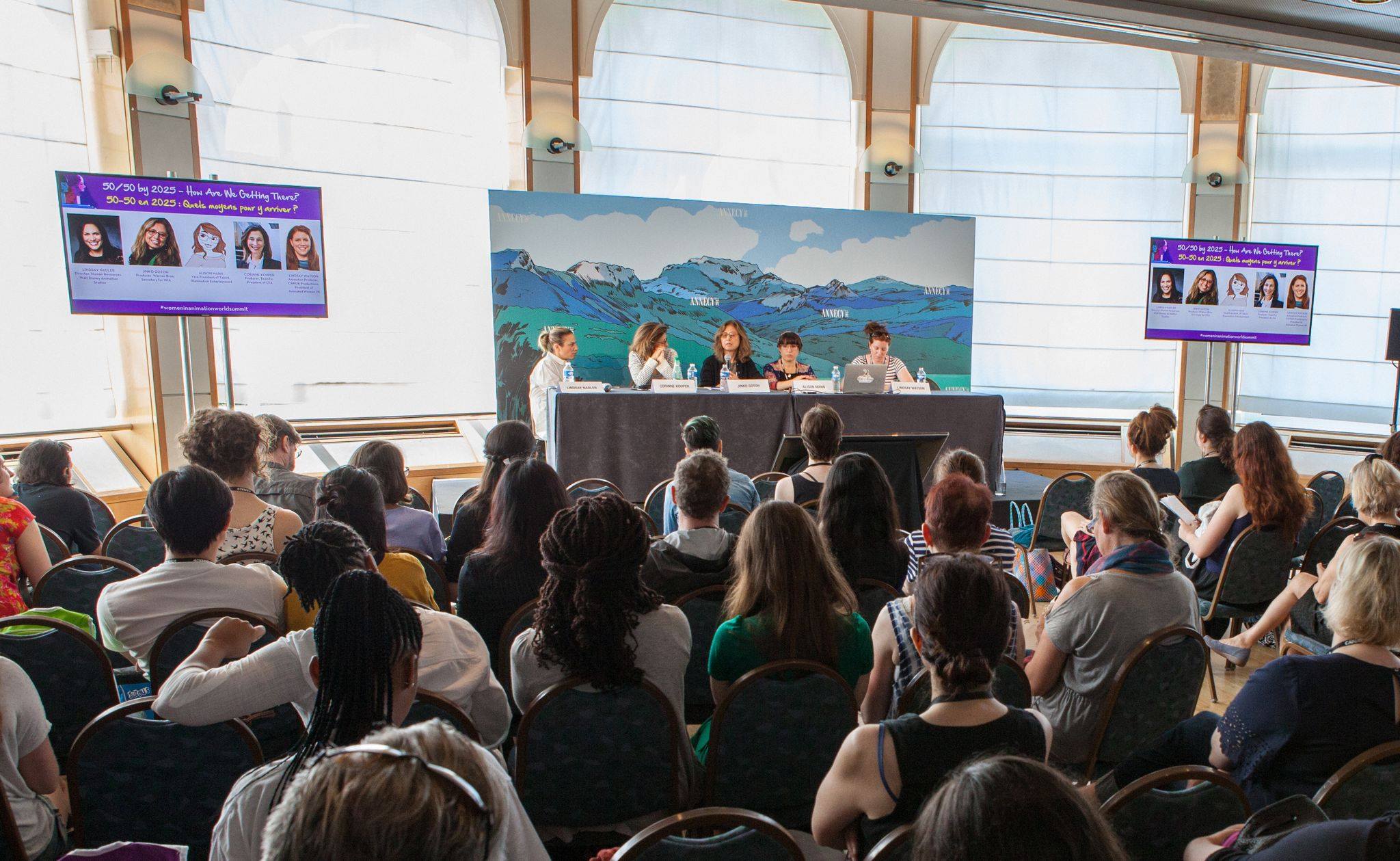 Female presence remains strong in the festival since 2015, where an all-female jury was introduced accompanied by the design of the official poster - as well a product of a female artist. In 2016, Michèle Lemieux created the poster and 7 of the 12 members of the jury were women.

Last year, MIFA hosted the first international meeting for women in animation. The need for gender equality in the animation space was furtherly highlighted with the Mifa Animation Industry Award being given to a symbolic organization, Women in Animation (WIA), an organization working together with women.

The organization (WIA) envisions a world in which women fully share the creation, production, and rewards of animation, resulting in richer and more diverse entertainment and media that move our culture forward. The mission of WIA is to bring together a global community of animation professionals to empower and support women in the art, science, and business of animation by increasing access to resources, creating opportunities for education, encouraging strong connections between individuals, and inspiring excellence.

The Annecy International Animation Film Festival/Mifa is the most important global gathering of the entire animation industry. It is a tremendous honor for Women in Animation (WIA) to be recognized by Annecy for our work in opening the doors of our industry to all people with a focus on diversity, inclusion, and belonging. - Marge Dean, President of Women in Animation

After the 2015 Festival put the spotlight on women in animation, we are delighted to give this prize to Women in Animation and, through this association, to all organizations who work for the equal status of women in the animation sector. This award is once again a demonstration of Annecy’s engagement to raise awareness and put into practice a real sense of equality within organizations.

The Mifa Animation Industry Award was created in 2015 for the 30th anniversary of Mifa, this award aims to highlight the people who have contributed to the changes in the animation industry through their achievements, investments and reflections.

Recipients of this award in previous years include Chris Melelandri of Illumination Entertainment, the co-founders of Aardman, Peter Lord and David Sproxton, and, in 2017, Marc Bonny (the creator of Gebeka Films) and Eric Beckman (the founder and president of GKIDS) were awarded this prize during Mifa.

In the frame of female inclusiveness in the industry, the second Women in Animation World Summit will take place on Monday, June 11th at Mifa, in conjunction with the Annecy International Animation Film Festival and Mifa 2018. The summit will feature a day-long symposium of panels and discussions focused on the theme of Inclusion.

Mifa, the Annecy International Animation Film Market is taking place from Tuesday 12th to Friday 15th June 2018. This year's Annecy will be held from 11th to 16th of June 2018.