The Tragedy of Man: a daring feature film by Marcell Jankovics

The Hungarian Marcell Jankovics is an independent artist/animator who has produced consistently work of intimate quality relating to human pathos since 1965.

His 1974 short Sisyphus won an Academy Award nomination, and his Flight (1977) the Palme D'Or for short film at the Cannes film festival.

The Tragedy of Man (Az ember tragédiája) is a long-gestated project that has been prepared since 1989. It is based on Imre Madách's novel, and is a daring animated story of human civilisation.

The battle of good and evil starts from Adam and Eve and moves to Egypt and Greece, proceeds into the Christianity, Renaissannce, Enlightenment, to culminate with Hitler and Stalin.

The Tragedy of Man is screened as part of the 11th AniFest competitive programme. Read the synopsis, and watch the trailer below:

The protagonist of Madach's play is the first human couple, who are, after having been chased out of the Garden of Eden, accompanied through history by Satan. Lucifer puts Adam to sleep, and the two begin to travel through history. In each period, Adam's previous dreams are exposed as being futile, flawed, or unattainable. Adam ages with each passing scene, representing not only his increasing wisdom but also the increasing burden of hopelessness. In the end, Adam wakes up and realizes that the ultimate goal is death, but life consists of struggle and this struggle must be the goal. 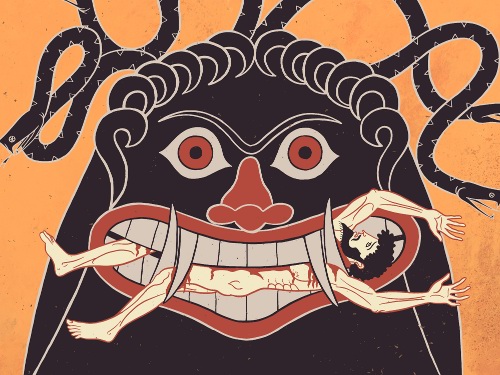