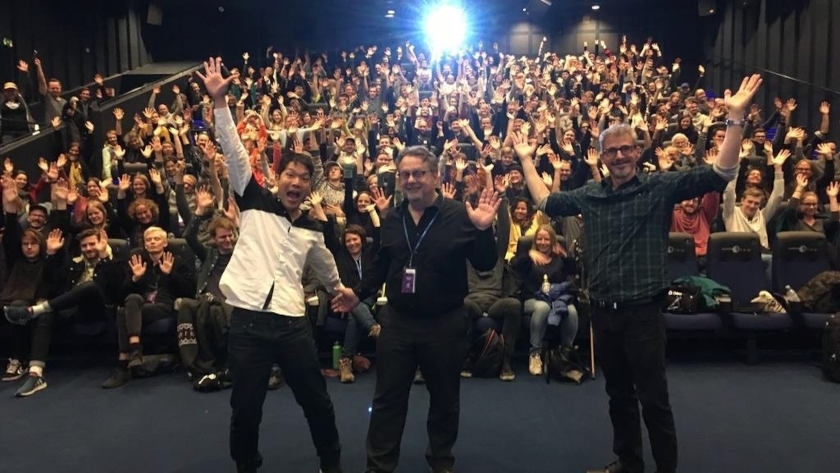 Fredrikstad Animation Festival (FAF) is organized by Norsk Animasjonsforum. The object of the festival is to promote the screening of animation and increase the awareness of animated expressions in the Nordic-Baltic countries. Fredrikstad Animation Festival is a part of the European Animation Awards, which is responsible for the Emile Awards. The winning films are eligible to participate in the best film and student film categories under the European Animation Awards. One Norwegian short film is chosen to compete in the nomination process for the Amanda award by the jury for the Nordic-Baltic short and student film categories.

a) any frame by frame or computer assisted film or video may be entered. Maximum running time: 30 minutes.
b) Films must have been completed January 1st 2021 or after.
c) A film cannot enter the competition twice.
d) A film cannot enter the competition in several categories.
e) The director of the film must be a citizen of the Nordic and Baltic countries, or the country of origin of the film must be a Nordic or Baltic country.
The Nordic-Baltic countries are defined as Norway, Sweden, Denmark, Finland, Iceland, Greenland, the Faroe Islands, Estonia, Lithuania and Latvia.

Any frame-by-frame or computer-assisted film or video may be entered.
The competition category is for films longer than 30 minutes.
Films must have been completed by 1 January 2021 or after.
A film cannot enter the competition twice.
A film cannot enter the competition in several categories.
The country of origin of the film must be a Nordic or Baltic country.
The Nordic-Baltic countries are defined as Norway, Sweden, Denmark, Finland, Iceland, Estonia, Lithuania and Latvia. Junior co-produced films are not eligible.

A varied program awaits the thousands of visitors attending what has become the largest animation festival in the Nordic countries. This year’s main guest is Dan Harmon, renowned co-creator of the cult comedy series Rick and Morty. Harmon is one of the most distinguished creators within comedy, with an avid fanbase around the world. The film festival program is concentrated around the Nordic-Baltic animated film competition, with Saturday evening’s awarding of the festival’s Golden Gunnar as a definitive highlight. New as of this year is the Nordic-Baltic feature film competition, which is unique to Fredrikstad Animation Festival.

The festival is also an important arena for the animation industry, with an extensive program of seminars where several renowned industry professionals will give further insight into their work process behind the creation of their commercially and critically successful films. Guests include Oscar-nominated Duke Johnson and the successful script writer Dino Stamatopoulos, who will speak about their creation process for animated comedy and satire, and Swiss animator and director Michael Frei, who will talk about his cross-media projects in creating unique gaming experiences based on his award winning animated short films. You won’t want to miss out on these guest speakers

Fredrikstad Animation Festival has grown steadily through the years, and this year’s record-breaking attendance has yet again confirmed its position as the most important showcase for Norwegian and Nordic animation.